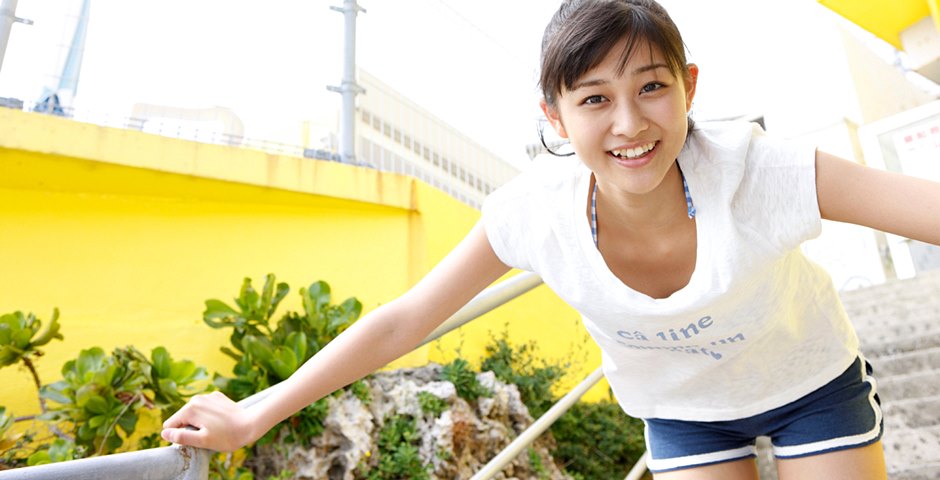 It feels like Ayacho has been around for ages. She became a Hello! Pro Egg member in 2004 and when S/mileage was formed in 2009 she was named the leader of that group of four young girls.

Ayacho is into arts and especially into western visual arts. She has already published two art related books (2014 & 2016). She graduated from university in March 2017 and continues her art studies now. Ayacho has said that she wants to become a curator. I’m sure that’s gonna indeed happen when she finally graduates from H!P & ANGERME some day.