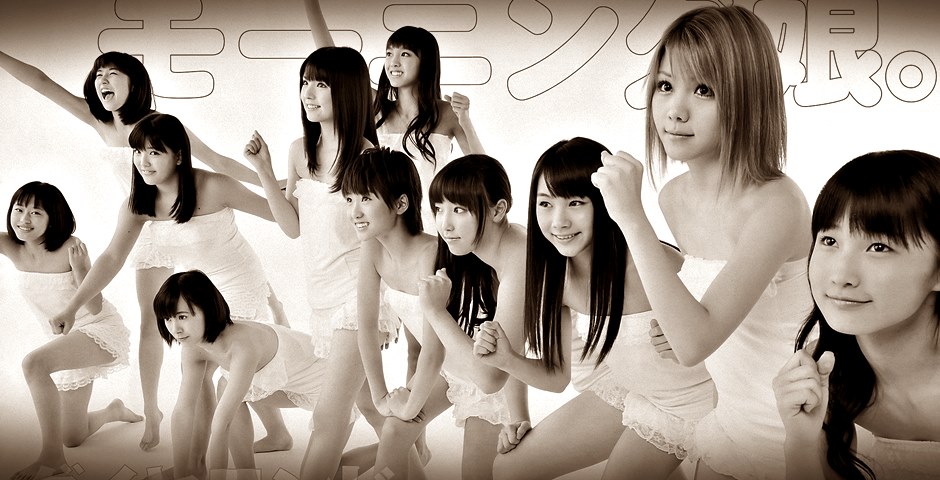 From my Hello! Project archives – Morning Musume in 2012

This Morning Musume cover feature was published in November 2012 in Weekly Playboy magazine. At that time they were 11 nin group.

2011 was the year of catastrophic Tohoku earthquake and tsunami. There were also some wotamoving happenings in Morning Musume in 2011 & 2012. The graduations! First leader & long time member Ai Takahashi. Then Risa Niigaki and Aika Mitsui left the flagship of H!P.

2012 started with a flop as group’s 48th single “Pyocopyoco Ultra” became Morning Musume’s lowest selling single. On the other hand their 50th single “One Two Three” sold quite nicely and is still one of my favorites.

In the end of summer 2012 was announced that Sakura Oda from Hello Pro Kenshuusei is the new 11th generation member for Morning Musume. So if you look at these Weekly Palyboy shots you can see also Sakura there. 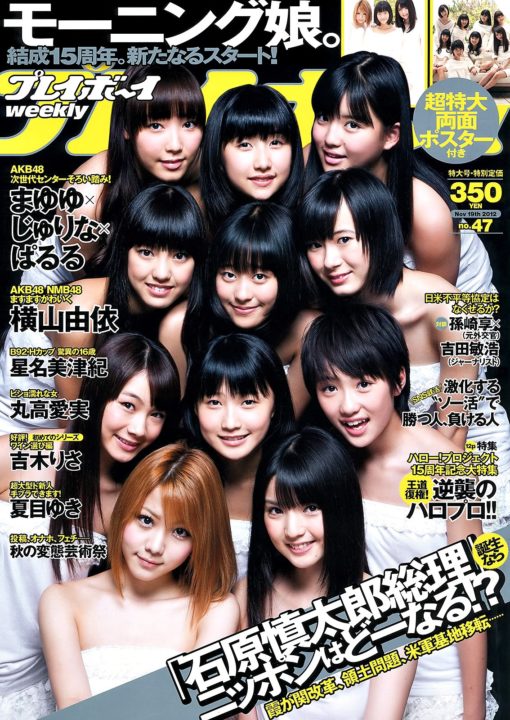 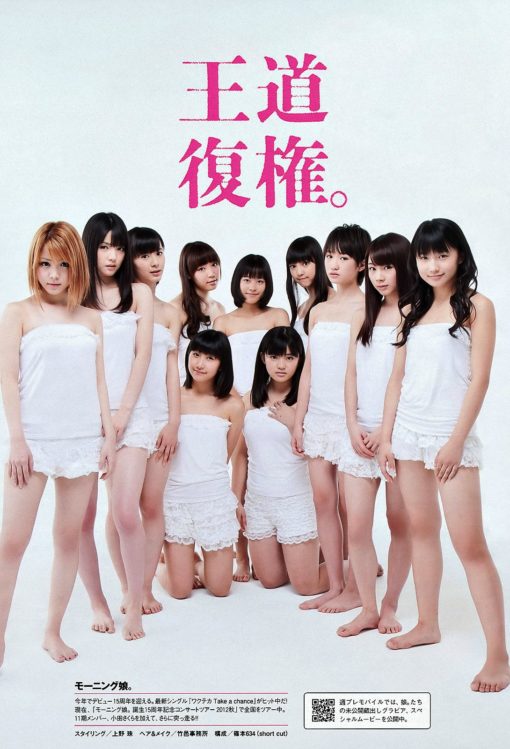 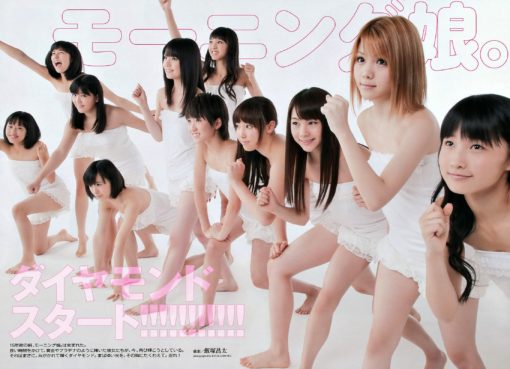 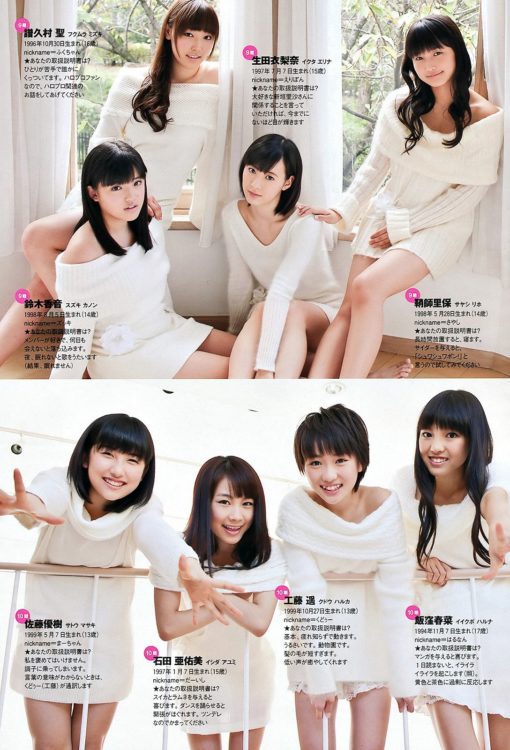 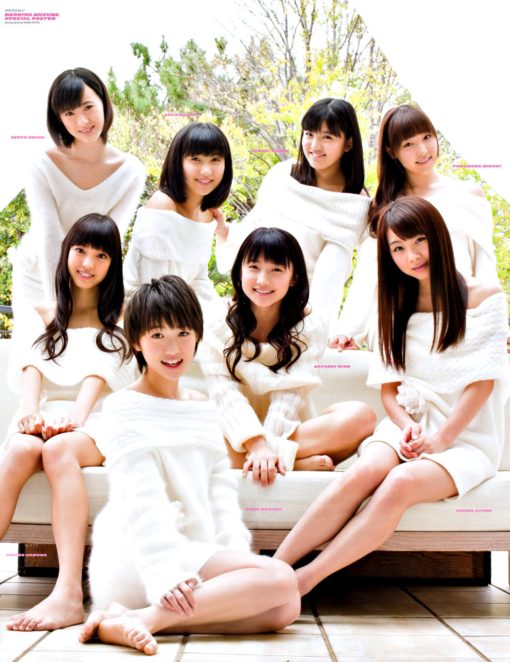